On July 10th, a series of programs named “Beautiful China, I write love poems for my hometown” - “Endorse my hometown” which is organized by the Central Network Information Office, Scienjoy, and Guangming.com has been to the beautiful ancient city- Xi’an recently. During the one-hour live stream, audiences visited the Lotus Garden with the anchor and experience the special culture in Xi’an via the live stream.

The Lotus Garden is located in the Qujiang development zone in the south of Xi’an. It was rebuilt according to the style of royal gardens in Tang Dynasty. It is also the first cultural theme park to display the culture of Tang dynasty. 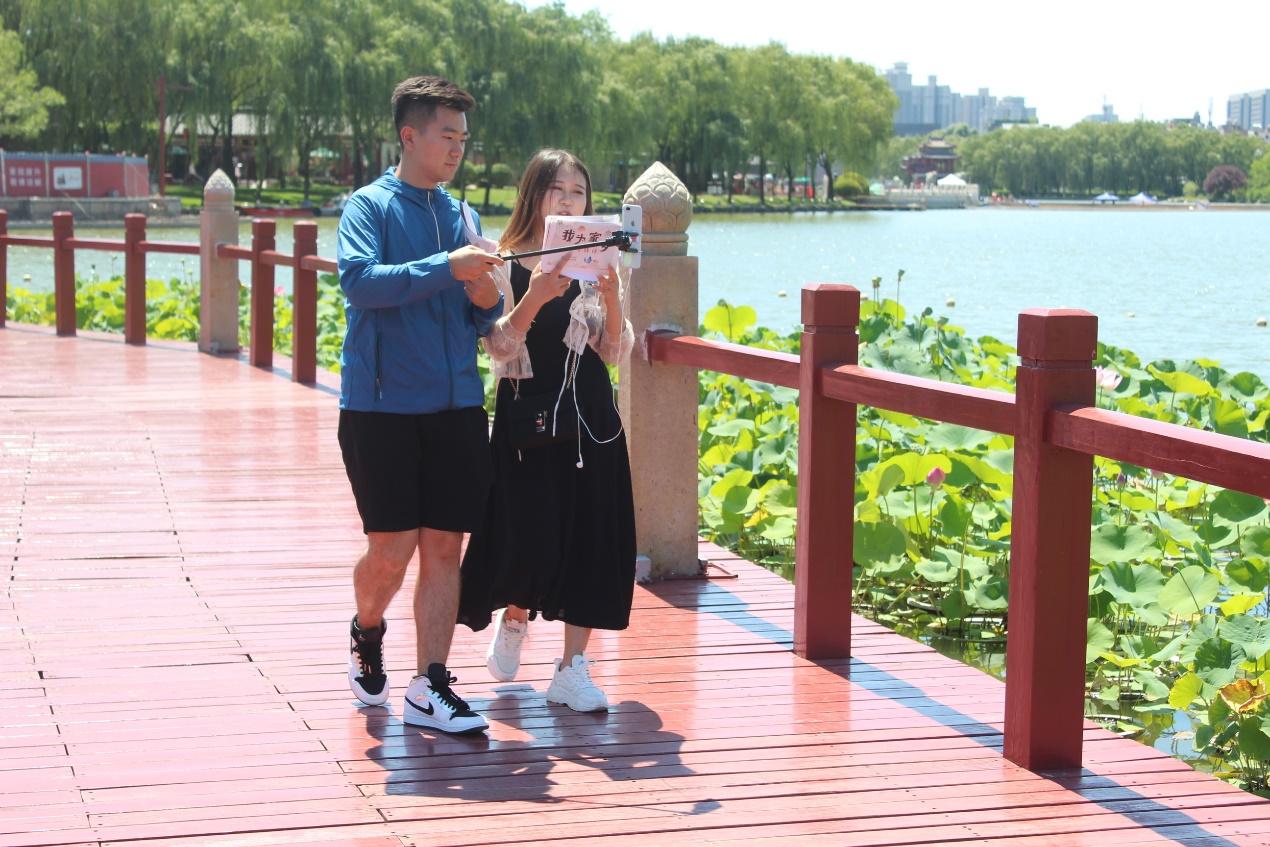 Two anchors in the Lotus Garden

During the live broadcast, the two anchors introduced the changes of dynasties in Xi’an based on the landscape in the Lotus Garden. Historical sites are everywhere. At the same time, they also introduced the modern snacks, life, and culture of Xi’an. Nowadays, Xi’an is full of delicious restaurants and surrounded by plenty of bars, coffee shops, and historical architectures.

The two anchors also introduced the travel routes for tourists. They mentioned Shaanxi history museum, Beilin museum, and terracotta warriors. It is the peak tourist season right now and so many tourists come to Xi’an everyday. They suggested tourists to make arrangements in advance.

This live broadcast has attracted 1.3 million people and a high interaction rate. In July, this series of program “Endorse my hometown” will go to more places to show more tourists attractions and local food to audiences. Please look forward to it!

A total of 1.3 million people watched the live broadcast and participated in real-time interaction. In July, "I speak for my hometown" series of live activities will bring you to more fun, beautiful, and delicious places. Be sure to stick around!

"I write love poems for my hometown" went to Xi 'an, an ancient and modern city with a wonderful life!