On the afternoon of July 11st, a series of programs named “Beautiful China, I write love poems for my hometown” - “Endorse my hometown” organized by the Central Network Information Office, Scienjoy, and Guangming.com has been to the Wudang Mountain in Hubei province recently. During the one-hour live stream, the anchors of Guangming.com and Scienjoy have introduced the natural and cultural scenery of it to audiences and the local culture in Hubei province. 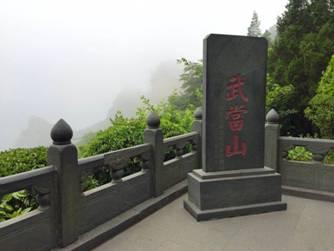 A view of the Wudang Mountain

Wudang Mountain, located in the northwest of Hubei province, is the famous mountain of Taoism in China and the birthplace of Wudang martial arts. Wudang Mountain is known as "Unparalleled scenery, the world's first fairy mountain." As a local, the anchor of Scienjoy has deep feelings and deep understandings of Wudang Mountain's landscape and culture. The two anchors introduced a variety of legend stories such as Zhenwu God, Zhang Sanfeng, and Wudang martial arts. With the stunning scenery, the live stream attracted a huge number of audiences in a short time. 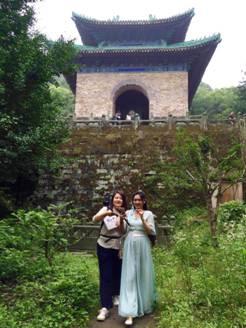 During the broadcast, the anchors introduced many famous tourist attractions and historical sites such as the Nanyan palace on the Wudang Mountain to audiences. Nanyan palace is a perfect combination of nature and culture on the Wudang Mountain. People build palaces, pavilions, and halls according to the unique structure (cliffs, caves, and other dangerous places). It is really amazing.

The anchors also highly recommended special local snacks and dishes of Hubei province. For example, they mentioned Huagu Opera, Yellow Crane Tower, and Yangtze River in the live stream. In terms of food, they mentioned hot and dry noodles, steamed Wuchang fish, and bamboo preserved pork, which showed how warmhearted and hospitable they are.

By the end of the live broadcast, a total of 1.37 million users had watched and participated in the interaction. On July 14th, "I endorse my hometown" will also lead you to Chengdu, Sichuan.